I bought Bitcoin for the first time in 2013. #fact I have the proof below

I remember wearing shorts and it was a warm day, and I told my dad that I was about to go buy Bitcoin and we had a fight about it, he was flipping out saying No! My dad even took my car keys for the madness I was about to commit to.

I was about to drop $5000 on it but because of the fight with the naysayer, I didn’t. It was my first time trying it out so I only put down the minimum. Despite my feeling that I knew better. Even though I was the one researching this madness for a year!! I was the one who went to small events over beers. It was me who hung out with the analysts and programmers. Those were the days when I sat in bars and talked to fellow nerds that I really liked and I still cherish them as a friend today.

Me! It was ME who had the knowledge, not my dad! NOT the person who was risk averse, scared, and had no idea what crypto was. As soon as he heard the word, he immediately disapproved, thinking it was risky and crazy. Yes did I listen to ME? No… In the end, I listened to the person who didn’t know anything about crypto, had never earned a dollar with crypto and didn’t believe in it.

It was as if I had thrown away all my research over the last year to listen to a non-expert’s opinion.

This isn’t the first time I haven’t listened to my intuition, a mistake that cost me $1 million. Yup I could have turned that $5000 into $1 million dollars a lot sooner if I listened to MYSELF!

In spite of this, I still made $1 Million in Crypto, making me a Cillionaire.

However, it took longer because I listened to my father. It’s my own fault that I listened to someone who was scared and risk-averse. Now, I don’t blame anyone.In the end, it was me who put the $100 (well, two $100 bills fresh from the bank) on the table rather than the $5,000. One of those $100 bills was for a friend which I took care of. 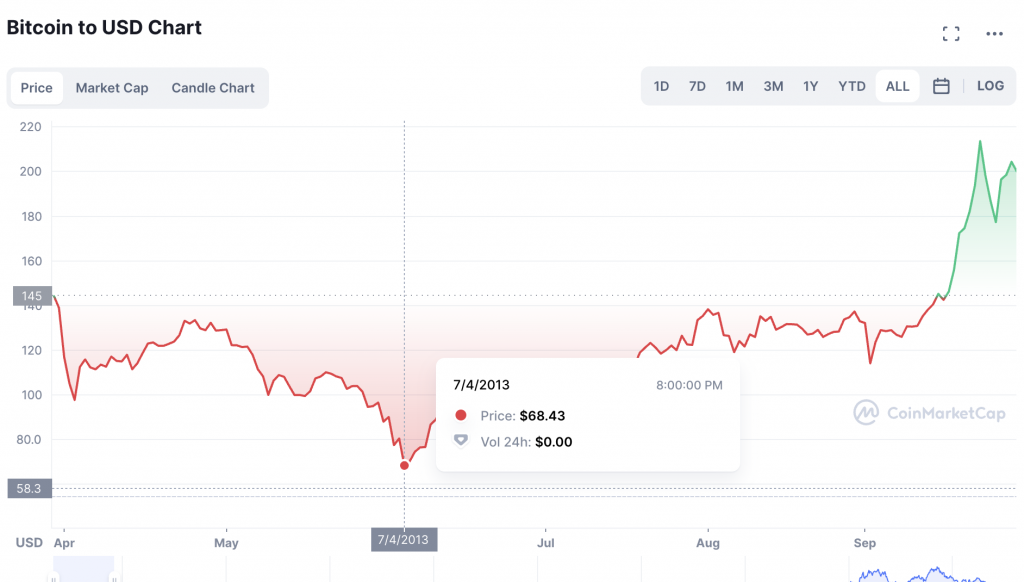 If you don’t know anything about crypto you might say its 1 price everywhere but in fact its not!

Now you are equipped with some knowledge more than people who know nothing about crypto and think its 1 price everywhere on all the platforms! It’s not! It’s different prices on different platforms

So if someone is trying to trick you and show you on THIS ONE exchange it says THIS price.. well now you know on OTHER exchanges it can be ANOTHER price!

There might be a place you can buy it lower!

And if you buy in bulk from miners directly you can also negotiate a price!

My dad wasn’t the only naysayer I listened to. I was with my girlfriend and she trusted my research but we also called up a friend of ours who is top of her game accountant in Toronto making over $250k a year so I trusted her, but I also knew in this case she didn’t know anything about crypto. I was talking to her on the phone on the way and she said it was really volatile. Yes I know that. I want to make trades on it and buy and sell it to make more of it! So even though I backed out of my purchase a little bit. I didn’t FULLY back out. Thank God!

Exclusive Bonus: Get My Video Training About The Most Consistent Strategy To Grow Your Digital Assets In 2022 (This is Tested & Proven By Myself & My 4,000+ Students Over The Last 9 Years)

For exclusive strategies not found on the blog